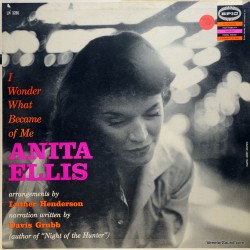 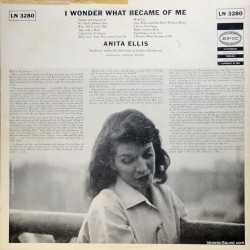 Anita Kert Ellis
From Wikipedia, the free encyclopedia
Anita Kert Ellis (born April 12, 1920, Montreal, Quebec, Canada) is a Canadian-born American singer and actress. Born to Orthodox Jewish parents, Harry and Lillian Pearson (Peretz) Kert, her younger brother was actor/singer Larry Kert (1930-1991).
She appeared in the following films:
Dancing Coeds, 1938
Babes in Arms, 1939
Forty Little Mothers, 1940
Strike Up the Band , 1940
The Joe Louis Story , 1953
Pull My Daisy, 1953
Anita Ellis dubbed the singing voices of Rita Hayworth, Vera-Ellen and Jeanne Crain. She also sang on the radio and was a regular guest on The Red Skelton Show. She eventually ended her career in 1987 due to the extreme stage fright from which she had suffered for many years. A widow, she lives in Manhattan and suffers from Alzheimer’s disease