The VT-MCTL is a Head AMP for MC Cartridge to voltage amplification.
We named this VT-MCTL “MC Trance Less”
As the name suggests, it boosts and amplifies the MC Cartridge signal as it is, without using MC Cartridge Trance.
Compare to MM Cartridge, MC Cartridge feature that combines excellent reproduced sound with the clear and high resolution, suitably localize the musical instruments. It also has capability to capture fine sound signal of record disk.
On the other hand its output voltage is small as 0.5mv. less 20dB～30dB output voltage than MM Cartridge .
To make this low voltage boosts as MM level, it need MC Head AMP or MC Trance.
Because of the band limiting of coil inductance, to manage whole sound region ranging by MC Trance is difficult to reproduce the all frequency range of the sound without considering coil component’s core material, core volume, coil wire thickness, coil coating material, number of turns of the coil wire, transformer padding .
That makes critical writers employed by publisher may criticize about the quality of the individual MC Trance and different styles of music sound ,like delicate chamber music, orchestral music and jazz vocal.
Instead of MC Trance which only to boost, MC Head AMP has no variations in a frequency characteristic and is capable of whole band amplifies and boost all audio recorded sound.
It has a disadvantage of a power and noise of the amplification circuit, so to solve this problem is very important key.

At the front panel LED, you will see the battery life and status indicator

To switch input impedance which capable cartridge is select from the front panel rotary switches.

If you don’t get the MC Cartridge impedance, try 47kΩ
Then turn the dial to the left until sound pressure became half of it.
This is one of the ways to find impedance but you may select reproducing sound by your favorite choice. 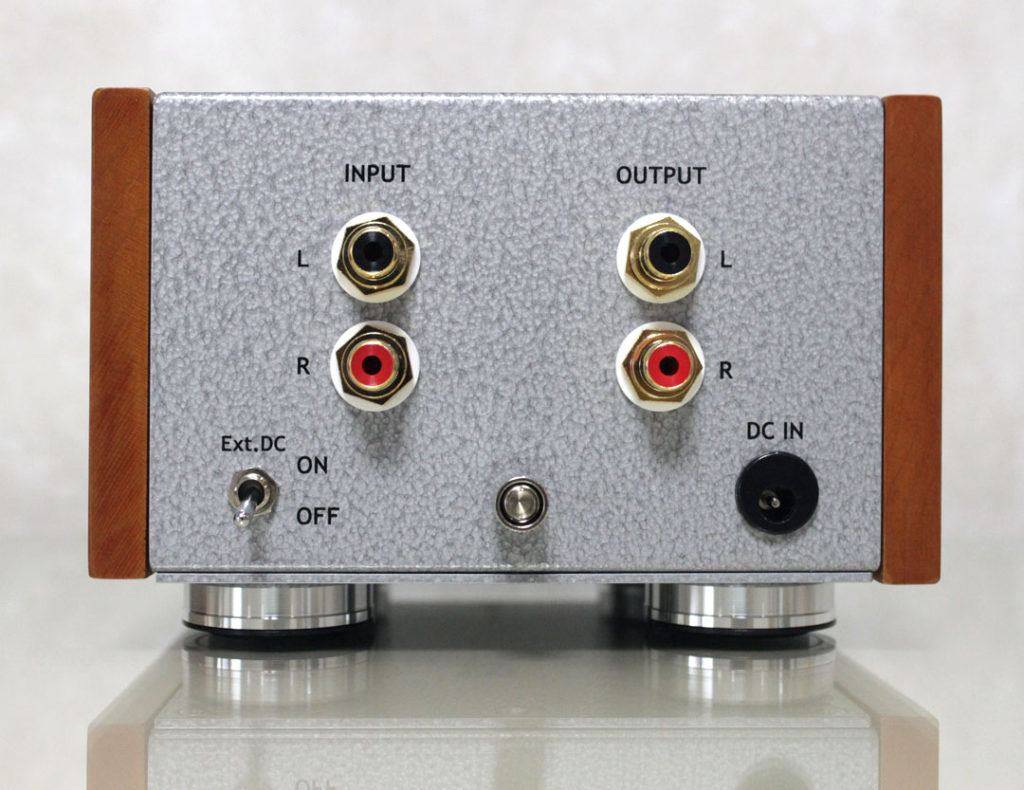